Where are you getting this information about signature attacks? I'm guessing anime? -Jshadias

Since noone's provided any information about the source of the signature attacks, I'm removing them for now. --Jshadias 01:00, 22 Feb 2005 (UTC)

Doesn't Geodude float? But that's not counted as one of their abilities? (Levitate) And do they become grounded upon evolving into Graveler or Golem? Aiddat 22:56, 19 September 2006 (UTC)

Yeah, Geodude floats in both the games in the anime, but it isn't one of their abilities. Sort of like Chimecho - who also floats. And yes, Graveler and Golem do not. --Zeta 00:18, 20 September 2006 (UTC)

OK, but the following Pokemon have all been depicted as flying or floating in one source or another and are not either the Flying type and lack the Levitate ability: Beedrill, Clefable, Jigglypuff, Venomoth, Weepinbell, Magneton, Magnemite, Staryu, Starmie, Dragonair, Pineco, Scizor, Heracross, Mewtwo, Mew, Celebi, Dustox, Shedinja, Sableye, Volbeat, Illumise, Castform, Shuppet, Glalie, Beldum, Metang, Metagross, Jirachi, Lucario, and Deoxys. There, that's a more complete list of "Pokemon which shouldn't leave the ground according to game mechanics, but do nonetheless". --Zeta 03:06, 20 September 2006 (UTC)

Thank you, but what about the possibility that Game Freak changed Geodude's base Exp.? Should it be mentioned? Ultraflame 20:52, 3 May 2007 (UTC)

Sludge Bomb was listed as a TM learnable by Geodude. I don't currently have the means to check it in-game, but I noticed the page is inconsistant with the page on Sludge Bomb itself, so I took it out (since Graveler isn't listed as able to learn it either on the Graveler or Sludge Bomb page, that seemed the right direction to correct the inconsistency to). If someone could double-check, and, if I erred, make it consistant, that would be great. Just a head's up. :) -Pinkgothic 17:52, 25 December 2007 (UTC)

I'm hunting for an Everstone in Leaf Green. I went to hunt Geodudes for it, either capturing them or using Thief, since it said they'd have them, on the Evolutionary stone page. I wonted to confirm here, since the Fire Red/Leaf Green row is missing in their held items, does htis mean it's identical to Ruby, Sapphire, and Emerald, or do they hold nothing in Leaf Green? --Aescula 09:54, 12 April 2010 (UTC)

The early lets find Pokemon books have a blue geodude and graveler. Should I add it to the article? ~Jigglyfairy~

I'd like to note that currently, the Japanese version of the name on the page looks like this: "Geodude (Japanese: イシツブテ Isitsubute)"

I'd like to propose a change. The Katakana イシツブテ sounds like "ishitsubute" not "Isitsubute" (note the added 'h') This is not a japanese name which is a phonetic loanword (such as ラッタ (Ratta, or Raticate)), but rather the combination of two japanese words, Ishi, and Tsubute. Ishi means stone in Japanese, and Tsubute means, according to jisho.org, "throwing stones".

I suggest that the name translation be changed to something like "stone thrower". Regardless, at least change the the "Isitsubute" to "Ishitsubute", since "Isitsubute" is simply an incorrect Romanization.

I was watching "Regular Show", and I caught this referance. 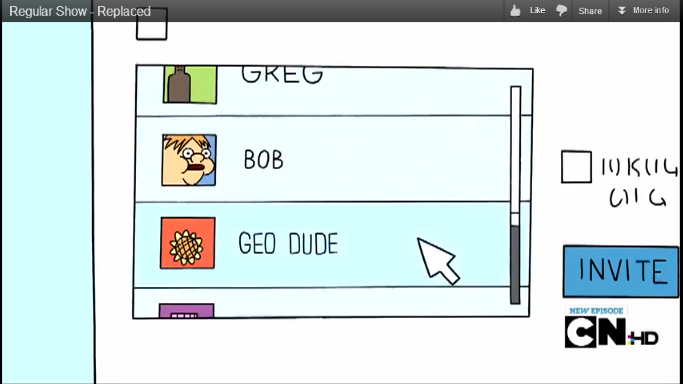